News came out earlier this month that Nintendo is working on at least one new piece of hardware for the next generation. Today, GaminRealm released an article reporting rumored specifications and plans for the both the next Nintendo handheld and home console. Despite the report focusing on the actual specifications of the machines, many of our readers instead discussed just how quickly Nintendo will replace the Wii U.

Hold your horses, everyone. Companies beginning work on their next wave of hardware does not mean that there are immediate plans to replace the current hardware.  In-matter-of-fact, it’s actually natural for this to be around the time that any one of the console manufacturers start planning for the future. Video games systems aren’t something these companies can put together on-the-fly – it takes early development and plenty of prep time to solidify what they want to accomplish with their hardware.

Early development of the Wii U started shortly after the release of the original Wii, as revealed in an interview Gamasutra had with Satoru Iwata. In an Iwata Asks interview with the Nintendo Land team in 2012,  Iwata also revealed old prototype models of the Wii U gamepad and discussed how early development for both the 3DS and Wii U started almost immediately after the Wii’s launch. 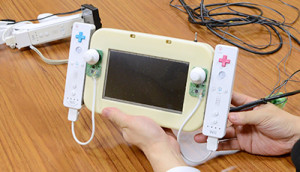 A prototype GamePad controller. This concept was made during the Wii’s heyday. 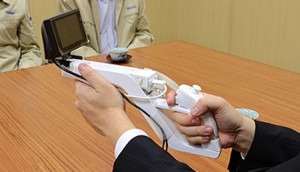 You can see the product of this concept in the Wii U’s video reel at E3 2011.

Even with Sony, Mark Cerny himself stated himself that he originally began planning for the Playstation 4 back in 2007, right after the PS3 had launched. He touched up on his plans a bit during the PS4’s reveal conference that occurred February of last year. So both Sony and Nintendo initiated the planning of their next systems when the 7th gen was still barely underway. Microsoft on the other hand is a tad bit different, seeing as how they actually set their plans into motion with the Xbox One back in 2010, but even they stated that discussion of the Xbox 360’s successor started way back in 2006, a year after the system launched. And don’t forget that the 360 came out only 4 years after the original Xbox, meaning that surely Microsoft had to plan for the system very earlier than usual.

Every system you see today is a long time in the making, a product of trail and error and scrapped ideas ended with refinement. Console’s simply can’t be created over-night.

So for all of you out there who are worried about Nintendo cutting the Wii U’s life cycle short  and releasing a new system in the middle of this current gen, relax. Despite it’s struggles, the Wii U will get to live a typical 5-6 year life-cycle just like the rest of Nintendo’s previous hardware. The company recognizes that dropping the Wii U right now would be the worst possible move they could make. Nothing is scarier to consumers than a company that doesn’t show faith in it’s own products. It’s wiser for Nintendo to try the best they can get the system moving off shelves and tough it out rather than simply shrug their shoulders, stop production, and move on.

Got any thoughts you would like to add? Let us know down below.