Virtual Reality has been talked about so much for the last few months; even now the conversation seems to be ramping up more and more. Just yesterday, we reported on a story, that suggested that Nintendo was holding back NX production in order to incorporate VR. While it is a rumor we all must take with a grain of salt, it is actually really convincing because it makes so much sense for them to do it. Based off the rumors for the platform, perhaps they have been subtly hinting at VR all along. After thinking about it, I believe that Nintendo’s NX is the platform that would best suit VR. 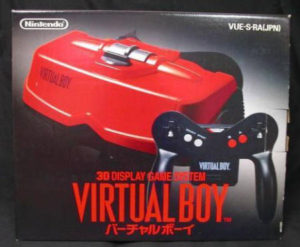 NX Succeeding with Virtual Reality would feel almost like redemption for the Virtual Boy.

Right now,  I would say that there is virtually no hype surrounding NX. The only excitement I have seen from Nintendo fans regarding NX,  has been for the inevitable death it will bring to Wii U. Call me crazy but that isn’t what you want gamers to be excited about; gamers should be excited for the new games and experiences the next generation will bring. The NX is encapsulated in negativity, due to Nintendo’s failure to establish an identity for Wii U.  The fact is, NX needs something new and exciting, something that can bring hope to Nintendo fans, while winning over new ones in the process. They need something to have the gaming media and gamers buzzing again. Something that can return Nintendo to the greatness it once had, when it was mentioned along side of its competitors. For years Nintendo has innovated, creating unique experiences and in many ways, paved the way for competition to grow. Many of Nintendo’s innovations have been used and are still used today by their competitors. For the NX, I believe that it is Nintendo’s turn to take the new VR technology and do it better than anyone else. NX paired for VR could be Nintendo and virtual reality’s best chance to succeed. Nintendo’s system would represent the first console to fully take advantage of everything VR has to offer gaming. 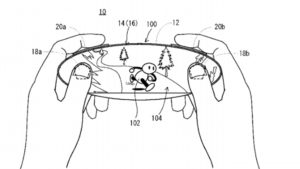 If the analog sticks aren’t physical maybe this could be the VR display. The shoulder buttons could be scroll wheels, perfect to adjust the focus to accommodate for all eyesights.

Based off rumors, Nintendo will be including a fully integrated handheld with the console. This means that Nintendo could be attempting to tackle VR with two machines instead of one. One of the reasons we are going to be getting a PS4 Neo, is due to the fact that the current PS4 is most likely not going to be able to put up with how strenuous VR is on the hardware. Oculus Rift has the same problem, only high end PCs will be able to utilize it. Nintendo on the other hand would hypothetically have a second device that wouldn’t rely on the actual console to power it, instead the NX portable would be able to do all the VR work, while the console could just focus on the game. If this were the case, the NX would be able to achieve superior graphics and framerate with its VR, which means they would be able to have any game function seamlessly on the platform. With all of this in mind I can’t help but wonder if this is the reason we saw, what many people believe to be the NX controller patent, not having any physical buttons. Maybe that is so the controller can be used as the screen for the headset; I believe that the controller will have removable handgrips, maybe the controller will snap into the headset using that same mechanism. The patent for scroll wheels as shoulder buttons could adjust the VR for different eyesights, while still being able to click when not used for VR.

If Nintendo can create the best environment for VR, third parties may want to come back due to the potential market. Maybe they won’t have choice. Right now the console market is a wide open competition and Nintendo could take the top spot if they had the help of third parties. I think they are in the right place at the right time to make a major splash in the VR and console race and they would have all the tools needed to succeed.