Earlier today, Nintendo announced via social media that the green Yarn Yoshi amiibo will be sold standalone from the Yoshi’s Woolly World amiibo bundle. The amiibo will have it’s standalone launch on November 13th. 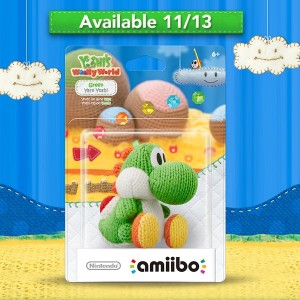 “Add some adorable to your collection with the green Yarn Yoshi #amiibo, launching as a standalone figure on 11/13.” -Nintendo of America via Twitter

What are your thoughts on this? Will you adding some adorable to your collection? Let us know in the comments below!