It may not look that bad to some, but when you take the time to compare the sales of The Wii U compared to it’s predecessors. Then it’s pretty depressing if you are a huge Nintendo loyalist. But not at all surprising. In correlation to an article I ran earlier about the 8th gen sales figures that showed the stelaar showing of the Xbox One and PS4 but piss poor performances of the PS Vita and the Wii U.

Let’s look at the sales for the month of March for the past 2 consoles:

Nintendo is currently doing twice as bad as The GameCube which is pretty sad to be compared to the 17th best selling console of all time. When Nintendo wants to be compared to the 5th best selling console in the Wii. What’s worse the Wii U has sold half of what the Sega Dreamcast’s were at the same time in it’s life span. Maybe it’s only a temporary thing as Mario Kart 8 a very popular franchise is on the way. But, if history has shown us as well as that popular Wii U board meme, it might not be the case and Nintendo is just delaying the inevitable: 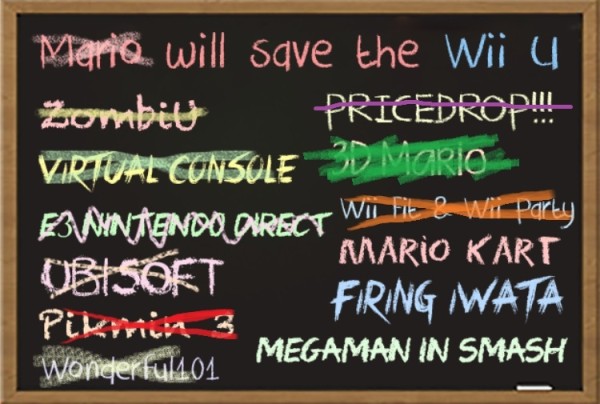 Story Update: One small retraction to take note of. As it turns out, those Gamecube numbers are incorrect. Nintendo’s own financial statements list it as having shipped 9.55 million units through March 2003. But it’s still better than the Wii U’s sales, make no mistake.

Read More at The Source