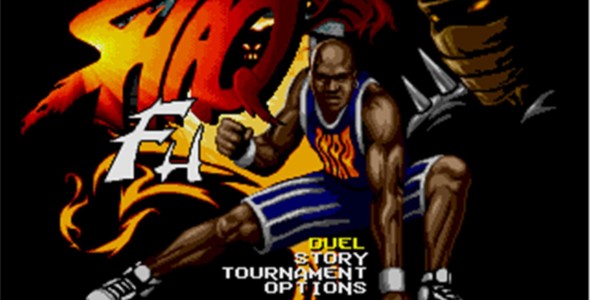 Shaq Fu is regarded as one of-if not the worst fighting game of all time. It’s was another Street Fighter 2 clone trying to d-ride on Capcom’s hype in the 90’s as well as it was another ill faded attempt to make Shaquille O’Neal a household name in America along with his rap albums, movies. Oh yeah and he played Basketball…or something. So, the best idea ever would be make a follow-up right? What!? Yes, that’s right, Almost 20 years later, Shaq Fu is getting a sequel called Shaq Fu 2.

This isn’t a joke at either, during CES 2014, Shaq himself confirmed that the game is in the works, stating “Yes, it’s coming soon, and the graphics look crazy.” This is backed up with the trademark patent filed under “Shaq fighter” back in mid-2013.

The part about Shaq-Fu 2 starts around the 1 minute 6 second mark.

Wow….I need to go lie down. Odds are that since this is a celebrity endorsed/licensed game in America, my guess is that it will be another crappy Kinect spasm game where the damn thing barely even works. So, Shaq Fu 2 confirmed for Xbox One lol. But, terrible joke aside, the game isn’t confirmed to be even coming out this year or even what console will it be for.