The Marvel Comics roster, not the movie roster. Bringing up American comics when compared to manga is a very tricking thing to talk about on the internet. As manga fans will argue that American comics are one dimensional and are only about cookie cutter superheroes which are false and all superhero comics are the same and never tackle real life mature issues like in Naruto (or whatever). Yeah, I love to see Naruto deal with prison, divorce and human trafficking as Captain America did. But let’s not get into that. As in Japan it might be handled more professionally.

Monthly Korokoro Comic is a monthly comic publication in Japan which material aimed at little kids. The upcoming one is called Marvel Avengers in which The Avengers in which it takes the Avengers in comedic fashion as they struggles with being in Japan for the “first time ever”. Thor is down because the Japanese government had confiscated his hammer and armor and despite being a magic entity he somehow can’t get it back, Hulk is malnourished.

This is a little weird and inaccurate. Japan at least knows Spider-Man as he is the most popular Marvel superhero there. And I don’t want to get too fanboyish as I could go on a tangent to why this manga is teaching kids all the wrong information about the Avengers but, I’m more professional than that. This is supposed to be a tie-in to the upcoming anime about the Avegners. Also, why does Cap look like Mega Man? 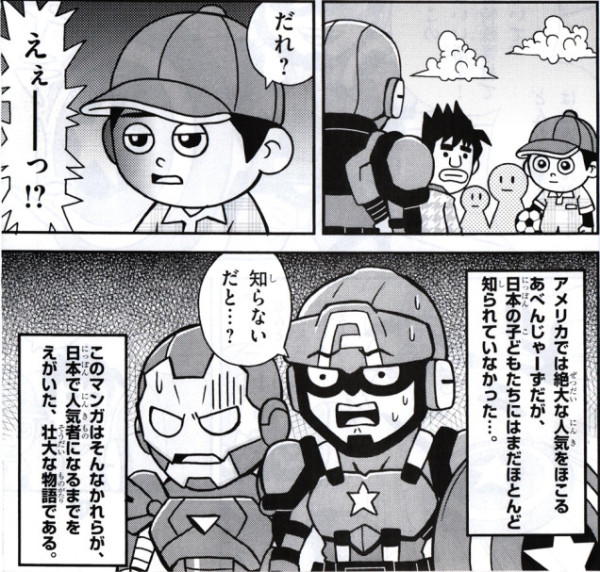 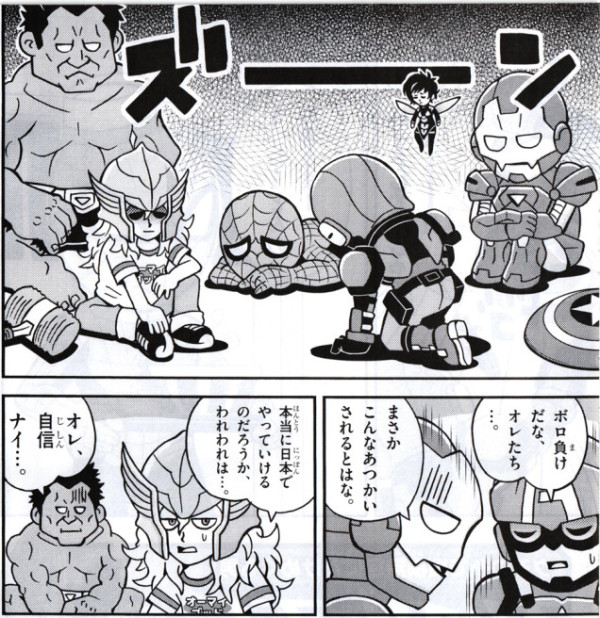 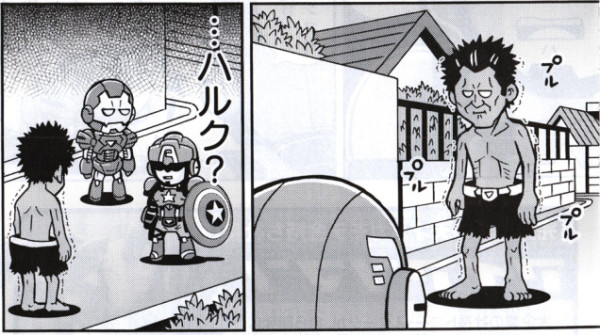 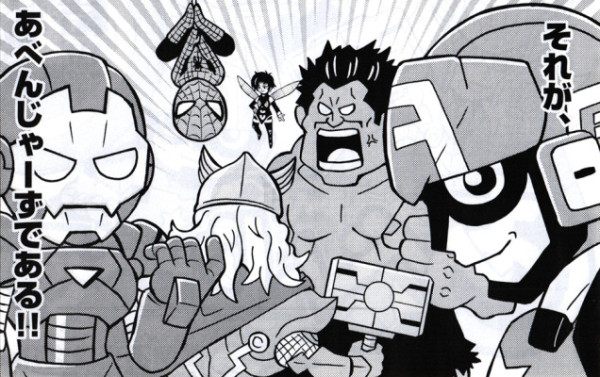