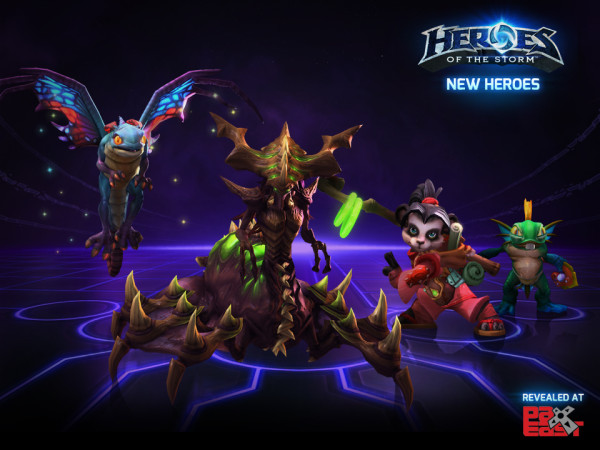 Blizzard has announced today at PAX East today that their upcoming team-based RTS game, Heroes of the Storm will have 4 new characters.

“We’re working hard to create heroes that feel and play very differently than anything we’ve done in the past,”