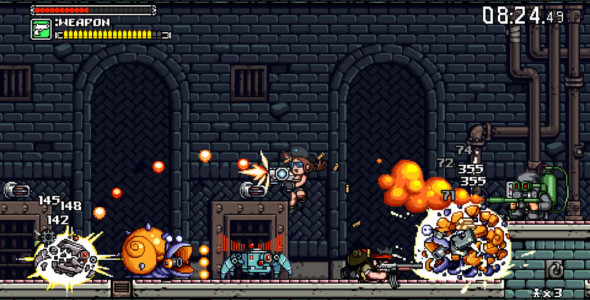 THIS IS AWESOME!! The 1 of a million Kickstarter success stories, Mercenary Kings that was been out for the PC and PS4 is now coming to the PS Vita. This piece of news comes from Destructoid when they talked to developer Tribute Games at PAX East today. The story is bigger than that because Tribute Games plan to release two more games on the Vita. Curses n’ Chaos and Ninja Senki DX are also coming to the PlayStation Vita.

What is Mercenary Kings? Think if Scott Pilgrim vs. The World video game got it on with Metal Slug and then 9 months later this game came out. Players can craft new weapons akin to Borderlands and join other players online to take on mission like Monster Hunter.

Seeing as this was announced literally minutes ago, there is no firm release date for the Vita version. But it will be cross-buy with the PS4