In a rather hilarious turn of events, the petition to get Nintendo of America’s Reggie in Smash Bros 4 has hit a whopping 30,000+ signatures.

Reggie had previously stated in a video where he was answering Twitter questions that if fans want him in Smash Bros., then they should ask no other than Sakurai himself.

The fact that fans actually took what he said very seriously, ran and made a petition, and the fact that the petition now has over 30,000 signatures is somewhat silly, but at the same time, speaks volumes. There are tons of Nintendo fans out there who legitimately want Reggie Fils-Aime in Super Smash Bros 4.

Those of you who have been following my articles here on GaminRealm or on my YouTube channel know that I’ve been very picky and strongly opinionated when it comes to which certain characters shouldn’t be in Smash (no Mii’s and Ridley, please), but I for one think it would be absolutely amusing to see Reggie, the president of Nintendo of America to be battling it out with Nintendo’s finest in a video game. What in the world could be more entertaining than that? 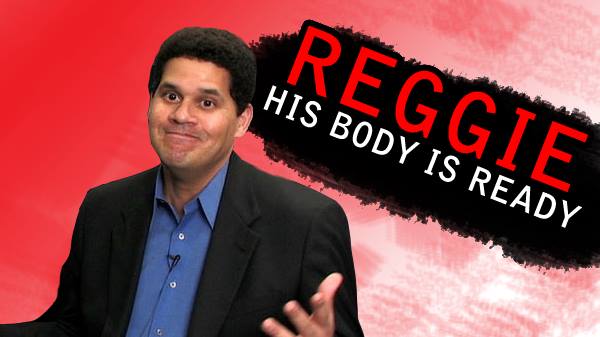 (Pic made by yours truly.)