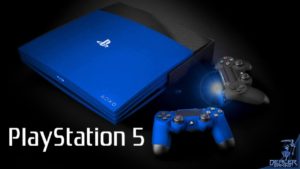 PlayStation 4’s successor is finally labeled with a name, PlayStation 5, and Sony has officially said that the release date will be holiday 2020. The price is still unknown to us yet, but the expectation of forking over some deep cash out of the wallet may be apparent. The game that is to be released for PlayStation 4 like Final Fantasy VII remake, According to GameSpot, Square Enix’s president and CEO Yosuke Matsuda said: “I believe that our teams have made it so that the game will support both the next generation and the current generation of consoles. I believe it is being developed so that it is going to be playable on both, so I’m not really concerned about that and I believe that the fans are also going to be able to enjoy it on both, including the next-generation of consoles.”

According to GameSpot, Jim Ryan told CNET, “Whether it’s backwards compatibility or the possibility of cross-generational play, we’ll be able to transition that community to next-gen,” he said. “It won’t be a binary choice about whether you have to be either on PlayStation 4 or next-gen to continue your friendship.”

The most honest portion of news that Sony didn’t hold back from releasing were the specs under the hood. It has been confirmed the PlayStation 5 will contain an AMD chip that is a CPU 3rd Generation Ryzen. It’ll have eight cores of the seven-nanometer Zen 2 microchip. 8k graphics is also some residual power that this new console will possess, but only if we have 8k televisions by then.

According to GameSpot, Graphics will be driven by a custom version of Radeon’s Navi line. This graphics chip will support ray-racing, something which is starting to become popular in movies and video games. Although it is traditionally thought of as a lighting technique, Cerny says this technique could also improve game audio. In fact, PS5 will fully support 3D audio.

Solid State Drive (SSD) is a brilliant choice for the fluid increase in instant-like game play experiences. Load times will significantly decrease as well as installs of all things from the main game to any DLC that may be associated with the game. I wonder if the GTA style load time initially will be a distant memory. One can only imagine.

Last thing that we need to worry about is that we could have a similar experience that the Xbox One S All – Digital Edition is proposing. We are still not entirely removed from the physical based copies of content. If worry was at your door about this, you can probably retire the notion that physical based games will cease, at least for another several years hopefully. PlayStation 5 discs will have the capacity for 100 GB and will also be a 4K disc supported console. Sony has also confirmed that the PlayStation 5 is capable of supporting 4K graphics at 120 hertz refresh rate. 60 hertz is the standard viewing for television broadcasts.

More awesome news is that Mark Cerny, demonstrated the load time of Marvel’s Spider-Man on PlayStation 4, that takes roughly 15 seconds to load, cuts to under a second on the PlayStation 5’s Development kit. That’s a huge drop.

Tune in to GaminRealm.com for more updates regarding PlayStation 5.