In a press conference live-streamed on the Japanese site NicoNico from The Pokémon Company, it was announced that Nintendo and The Pokémon Company are partnering with Niantic Labs, developers of Google Ingress for Android and iOS, to bring a whole new Pokémon experience to mobile devices. With an emphasis of utilizing real-world locations to search for, find, and catch Pokémon, this is nothing we have seen before come out of the Pokémon franchise. 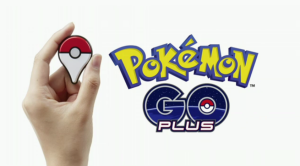 The game also utilizes an optional bracelet called Pokémon GO Plus with LED and vibration functionality that syncs with your phone and the game via Bluetooth. It serves as a notification tool to inform the player of nearby events in their location. The game is set to release in 2016.

What are your thoughts on this? Comment below and let us know!