Pokkén Tournament, a fighting game with the Pokémon universe, was just announced in Japan this morning. It will be a two-player arcade game and it is being developed in collaboration with Bandai Namco, publisher of the Tekken series.

While little information is available at this point in time, This morning’s announcement showed the CEO of The Pokémon Company meeting with Namco’s lead Tekken and Soulcalibur producers, Katsuhiro Harada and Masaaki Hoshino respectively, are both personally involved in the development of this project. More details are planned for next week’s installment of Famitsu. Pokkén Tournament is expected to launch in 2015.

Here are some official screenshots of Pokkén Tournament. Tell us what you think in the comments. 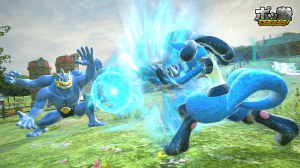 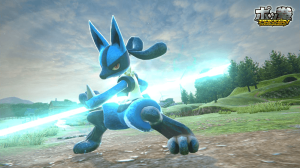 One thought on “Pokkén Tournament announced for 2015”