Big news has just been confirmed via an official Call of Duty news twitter platform. Crossplay between the PlayStation 4, Xbox One, and PC will be available within Call of Duty: Modern Warfare. A huge win for not only die-hard fans of the series but for gamers globally. Check out the official announcement below. 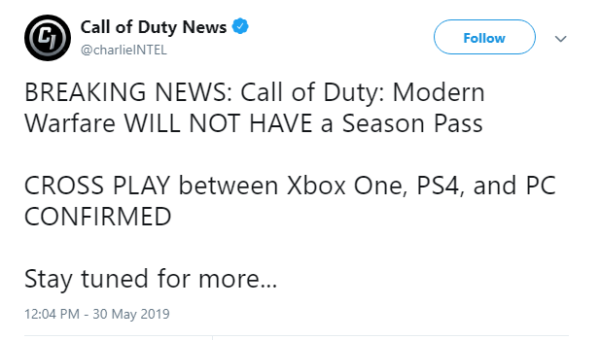