According to very credible sources the PS4 and Xbox One are going to be off to a VERY rocky start. So earlier it was announced that Watchdogs would be delayed because Ubisoft wanted to give us the best possible experience , BUT the real reason was because both of the PS4 and Xbone’s  networks are going to be down for the first months after launch which explains why The Crew and Driveclub were delayed as well. As for why the PS4’s Network is Down I’ll save that juicy tidbit for last. Now it’s been told that if you buy the PS3 version of a game that you can upgrade to the PS4 version for $10, pretty sweet right?  Although according to these sources you will STILL need your PS3 Disc in order to upgrade your game so you have to keep the game rather than turning it in for an upgrade. Here’s another piece for the Xbone To keep Dead Rising 3  launch title for the system they had to cut key online features for the game. Here’s some bad new for everyone that was giving the Xbone Crap for Low Res Games, COD:Ghosts  will be in 720p for both the PS4 and Xbox one because the online features for both features are gimped and in order to keep online games somewhat playable they had to lower the resolution. But here’s the Kicker! The Wii-U version of Ghosts will be running in 1080p now that’s kinda hilarious! Now here’s the news that you should probably sit down for, we all know that the PS4 will be having a Day one Patch that will both enable and disable some features right? Thought there is on MAJOR thing that’s being disabled with this patch…… DRM!!!!! Yeap that’s right Sony has been planning EXACTLY the same thing microsoft had planned since the very beginning but once they noticed the all of the negative reactions to it they realized they had to fix it. 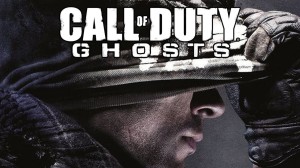 That’s all the news for now , but remember this is just rumors but it comes from very reliable sources so I think this may be very true as well. I’ll keep you guys posted if I find out more.

8 thoughts on “PS4 and Xbox One Launch Disasters”