I’m not going to be talking about a particualry original topic because to my surprise alot of people have made their thread/article asking this question. But this topic is not more appropriate to retread than today. Hey, did you know that alot of gamers don’t like First Person Shooters? Neither did I. It’s got me thinking, has the overwhelming dominance of modern military FPS come to an end?

I’m not saying that First Person Shooters will go away 100%, I’m just pointing out that the massive popularity of the genre over the past…let’s say 5 years has gone down recently. With the growing rise of crowd funded independent video games and mobile games, I’ve noticed that the popularity of the modern FPS games isn’t as huge as it was in the heyday of 7th gen. I guess one could attribute it to stagnation and loss of interest. People are now in the stage of moving on from one popular trend to the next popular trend in gaming.

I don’t like most first person shooters, other gamers aren’t as lenient with the genre as I am, I don’t like the bro-gaming, 9-11 revenge fantasy modern military First Person Shooters. I’m more favorable to fictional but fun FPS’s like Bioshock (which sucked), Borderlands, and Rage, (which was okay) I don’t like what Call of Duty and Halo represents for a standard of the gaming industry. What I mean is the overwhelming influence Call of Duty has had on the industry. Gamers said it has been the cancer of the video game industry as certain beloved developers completely ditches they’re standards and try to copy Call of Duty to a T for the sake of getting the exact same amount of sales that COD gets every installment. Call of Duty clones abound and Resident Evil 6 are prime examples. It’s also been the face of the industry in where non-gamers will assume that all gamers play nothing but military shooters just because it’s super popular.

Capcom has lost their way

We all notice that there are a lot of new games coming out this year that aren’t FPS and some of the most popular and most played games aren’t FPS either. Although there is no shortage of shooters on the way or out right now. (TitanFall) Goat Simulator, Octodad, Minecraft, InFamous: Second Son, Elder Scrolls, GTA V and GTA Online, Watch Dogs, Assassin’s Creed etc. All seem to show that gamers are now in the hunt for something new, something fresh and funny that don’t adhere to the rules of reality. I’m happy that this is happening today. For one, it shows the mainstream that we as gamers can do away with the negative sterotype that all we do is play shooters with our bros and teabag each other. To further evaluate on the crowd funding argument from earlier, that part of gaming is huge but it isn’t set to rival sales numbers of FPS’s because the majority of those KickStarter backers are major fans of CoD and Battlefield and will line up in droves to get their hands on the next one. 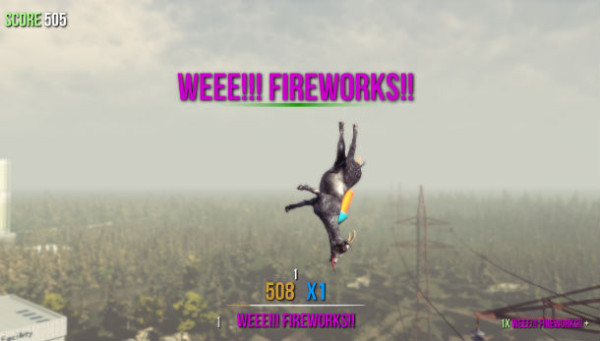 But, despite all that FPS aren’t going away anytime soon and possibly ever, they just won’t be as over-saturated as before. TitanFall is currently the most popular game today, A new Call of Duty is coming out, and a new Battlefield will possibly follow, as a matter of fact, I recently reported on another FPS coming out later this year. Call of Duty will release, it will make millions but with the mad press of the last game and the speedy sales of games like InFamous: Second Son, it might not make a enough. But, I could be wrong.