Exciting news has finally been revealed from within the Remedy Games camp today. The supernatural action-thriller Control is on schedule for it’s August release date as Control Lead Director, Mikael Kasurinen took to Twitter to announce the games’ gold status.  With titles like Alan Wake, Max Payne, and Quantum Break behind the studio – Micheal shared the news with enormous excitement stating the achievement is coming from “the best dev team on the planet”. Check out the official announcement below. 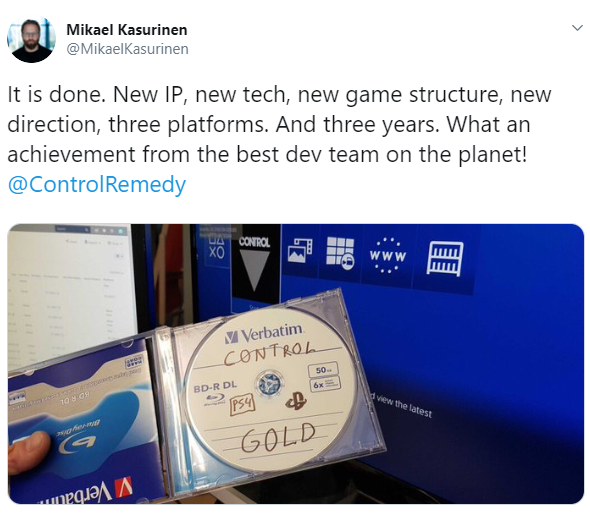 Control is set to release on PlayStation 4, Xbox One, and PC on August 27th, 2019. Stay tuned to GaminRealm for further updates regarding Remedy Games.