With the recent rumors about unlocking new characters by linking the 3DS and Wii U Version circulating. I honestly believe Ridley fans might have a chance. The word on the street is that Ridley, Chorus Men, Dixie, Mewtwo and supposedly Impa are making their appearance on Smash Bros Wii U.

The rumor states the following about each character:

Ridley: no wings on ground, when using Up-B grows them, and flies around, changing moves but becoming lighter. Other M design.
Chorus Men: control conductor, Chorus Men move in-front of him and can change their positioning. Like Rosa + Olimar
Dixie: mix between DK (ponytail helicopter, can carry foes when grabbing with ponytail, FS is guitar like Donkey Konga), and Diddy (similar normals and speed, banana toss)
Mewtwo: heavier than Melee version, and slightly larger. Final Smash has both MMX and MMY appear on the side of the screen and blast the foe. Not the female voice, or the Melee voice, just makes generic grunts
Impa: SS design. Mix between Sheik’s agility and Zelda’s magic.

I personally think the idea of Wii U exclusive characters is a legitimate marketing tactic to get people to buy both versions of Smash Bros. With the loud outcry for Ridley it would make the most sense to put him on the definitive version of Smash first. Then later being able to link him on 3ds. Mewtwo also has had many fans asking for his return. Why not give people more initiative to buy the Wii U version?

Honestly when it comes specifically to Ridley I still think it wouldn’t make sense for him to be a playable character. He was a Special Boss in Brawl with a decently large size. Okay seriously guys look at this picture… 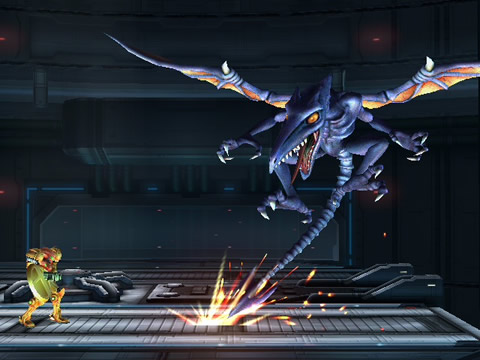 Now if Sakurai can make it where Ridley doesn’t look foolish I would definitely approve of him being playable. Until I see that, let me just leave this here for you. 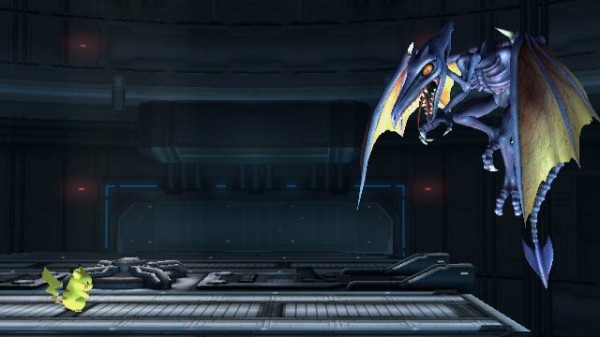 3 thoughts on “The Rise of Ridley”