NetherRealm studios has given us a glimpse of Shang Tsung via Twitter today with the caption “tomorrow” as shown below. Prior to this cryptic tweet there has been much speculation as to whom the first DLC character announced would be, but it seems we may have our answer. 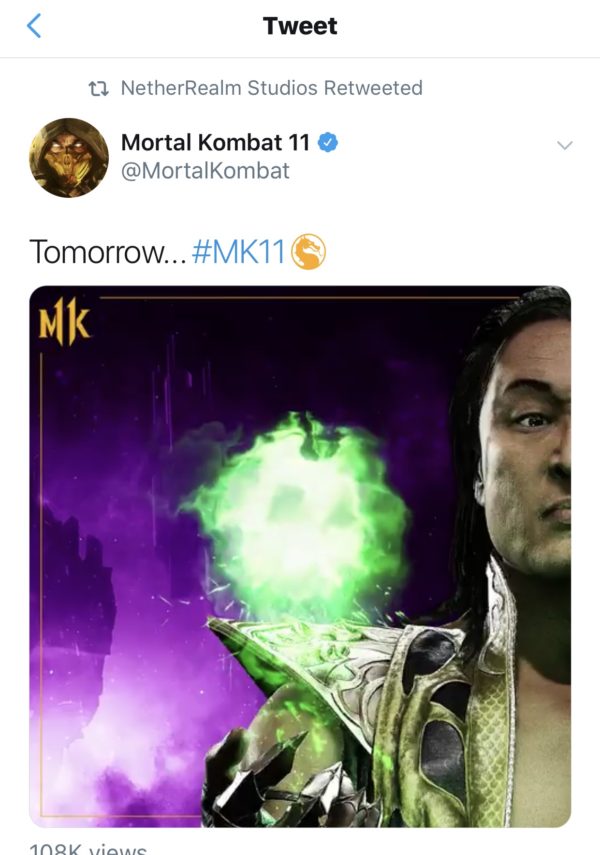 As the anticipation reaches a climax, do you find yourself excited for the new characters? Would you make Shang Tsung one of your main options in your arsenal?  Let us know in the comments and as always stay tuned to GaminRealm for more gaming news.