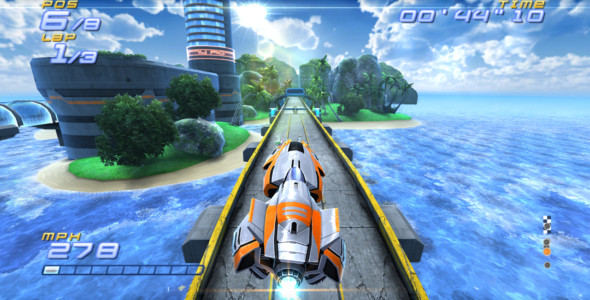 Pretendo recently landed an interview with the critically acclaimed Nintendo-centric indie developer Shin’en. In the interview, Manfred Linzner of Shin’en Games has given another tidbit of information regarding Nintendo’s indie policies on their 3DS and Wii U eShops, and it sounds like things are a walk-in-the-park for indies on Wii U.

Q: Although you haven’t developed on an Xbox platform, are you aware of Microsoft’s indie policies? If so, can we get your thoughts on that as an indie developer yourselves?

ML: “Well, we never worked with them so we can’t say much about that topic. From our Nintendo perspective we enjoy that we can simply create whatever we want. There are no hurdles at all. We like that.”

We already knew that Nintendo has made it extremely easy for indies to put their games on the companies platforms, but for someone to state there aren’t any obstacles whatsoever is pretty admirable.

Linzner also took the time out to praise Sony’s indie policies and what they’re doing with the PS4, while offering no comment on Microsoft’s.

Q: It’s no secret that you guys have a great relationship with Nintendo and their hardware. Why are Nintendo’s systems chosen as Shin’en’s platforms of choice and do you guys ever plan of developing for Microsoft’s and Sony’s platforms?

ML: “As said, we don’t make big plans for the future. We think especially Sony does the right thing currently with supporting smaller companies on PS4….

To catch the full quote and the rest of the interview, catch it right here.

3 thoughts on “Shin’en: “There are No Hurdles at All” For Indies on Wii U”