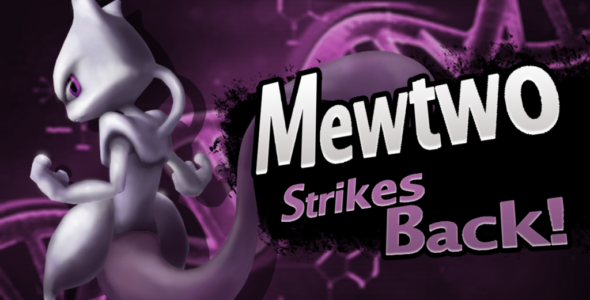 There was definitely a great amount of information on today’s Nintendo Direct: Super Smash Bros. for Wii U – Live! so here’s the rundown.

– Super Smash Bros for Wii U will have 5 player, 6 player, 8 player smash on specific stages but, can’t be played online.

– There are bigger stages in the Wii U version; Hyrule Temple is back and The Great Cave Offensive, a huge new stage inspired by Kirby Super Star.

– Dual plane battling – play on foreground or background on stages with different planes; player can play on both planes at the same time. (Jungle Hijinx)

– There will be more stages in the Wii U version; a new stage based on Miiverse.

– Metal Face from Xenoblade appears on the Gaur Plains stage as a stage hazard.

– Ridley appears on the Pyrosphere as a stage hazard and by attacking it joins the player’s side; opposing players that defeat him will be adding that KO to their tally.

– Stamina battles – players lose when their stamina goes is deplete to 0%.

– Items have intensity levels in the Wii U version, there’s also the option to toggle items not to appear at all.

– More music in the Wii U version, includes 3DS version’s tunes. Set frequency of music to stages; change menu music for the game.

– Classic Mode on Wii U – advance levels based on how well you survive; sometimes there are random events; you can adjust intensity; complete classic mode with (1-2 players).

– Smash Tour – spin a wheel to advance around the map; face off with other players if they stop on the same square; get battle items when traversing the map.

– Target Blast – second bomb is bigger on the Wii U version and requires a better strategy.

– Special Orders – Master and Crazy Hand give you rewards for certain challenges; they offer “passes” used to accept challenges; get in-game profits when you win.

– Master Fortress – Master Core takes on a larger form in the Wii U version.

– Connecting to 3DS – carry over custom characters between versions.

– Trophy Rush – has multiplayer in the Wii U version.

– Masterpieces – play demos from of retro games featuring the characters in the game (ex: Super Metroid, Balloon Fight, and Super Mario Bros.); if the games are in the Virtual Console, there will be a link directing you to the eShop.

– Amiibo – scan your Amiibo characters into the game; they get smarter as they play; team up or play against them.

– Internet – Wii LAN adapter compatible; use it for a better connection.

– Wii U Gamepad displays damage screen; use stylus to decorate snapshots on the touch screen, send them to friends.

– Voice chat – talk to friends before matches and during the results screen.

– Stage builder – you can use the stylus to build stages more efficiently; very extensive options and tools to build with; share stages with friends.

– Special soundtrack offered from registering the Wii U /3DS versions to Club Nintendo, available for a limited time.

– Mewtwo is a new fighter for those who purchased both versions; will be a free download, arriving Spring 2015.

– Super Smash Bros for Wii U will be available in North America November 21st.