Unlike all other franchises out there, the Zelda series has the unique mystery factor of what the art style of the next entry will look like. 3D Zelda’s visuals have never used the same look, and we shouldn’t expect Zelda U to be any different. Ever since the tech demo Nintendo showed back at E3 2011, Nintendo fans around the globe have hotly discussed and speculated on how the game will turn out visually. Many feel that due to Nintendo’s decision to re-master Windwaker over Twilight Princess and Skyward, they will go with the “‘toony” Zelda, while others feel that that doesn’t necessarily mean anything and they will go with something along the lines of the more realistic TP look.

But I say it will be neither. 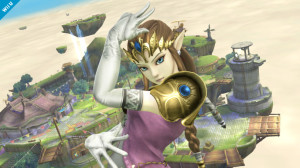 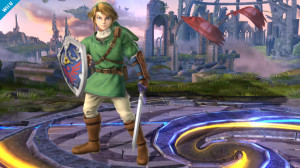 Yes, Nintendo did explicitly state that the tech demo art style is in no way a hint as to what the next Zelda game would like that. Aonuma did indeed  make it clear that they won’t necessarily be going with that look, but then again, why not? It looked great, and it would appeal to both sides of the Zelda fanbase (the side that prefers are more whimsical style and the other that prefers realistic). And not to mention that during that time, Zelda U was still in early development, so the statement that the tech demo wasn’t indicative of the game’s look could’ve been chopped up to the fact that they simply hadn’t officially decided how the game would look – it didn’t actually mean that they won’t be using that particular art style.

Which brings us to Link and Zelda’s appearance in Smash 4. Doesn’t Link look an awful lot like his E3 tech demo rendition? Keep in mind that Sakurai himself stated that he uses the renditions of characters that were used in their previous games. For instance, Link in Melee took the appearance of Ocarina of Time Link, but then in Brawl looked like Twilgiht Princess Link (same goes for Zelda and Ganon). Samus in Smash 4 now looks like Other M Samus, which was her last appearance.

But obviously, Link and Zelda in the newest Smash do not retain their Skyward Sword look.  And of course they’re not using their Windwaker of Ocarina of Time look either. While they are using their Twilight Princess costumes, they do not retain the Twilight Princess art style. Their clothes aren’t as detailed and they both look a tad bit younger than their TP iterations.

So this leaves us with one question: Which version of the Zelda characters is Sakurai using, exactly?

One could argue that Sakurai is simply using a custom look for the Zelda cast this time around, but then again, why would he when there’s so many versions readily available for him to use? This could be the first time that Sakurai actually uses the current versions of characters in Smash. Now of course I could easily be wrong and I probably am, but one cannot to deny the uncanny resemblance Link has in Smash 4 to the tech demo, and it’s fun to speculate either way.

What do you guys think? Would you be happy with an arty style similar to the tech demo? Skyward Sword? Twilgiht Princess? Let us know what you think down below.

8 thoughts on “Do Link and Zelda in Smash 4 Indicate Zelda U’s Art Style?”