A brand new character has been announced for the upcoming Sonic game, Sonic Boom. 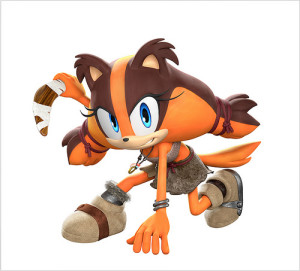 Her name is Sticks and she is “a wild animal”. She lived in the wilderness before she met up with Sonic and his crew, so she’s a tad bit strange. She also ends up becoming very good friends with Amy.

You can see the full announcement video here.

I’m curious to see how they implement the boomerang in the game. I’m sure we’ll be seeing more of her at E3.

Sticks will be a main character in both the television show and Wii U/3DS game.