Seeing as though it’s centered on an American super-hero and an American movie, the bundle it exclusive to North America, but that doesn’t mean you can’t import it, European and Japanese fans!

Even Spider-Man is excited: 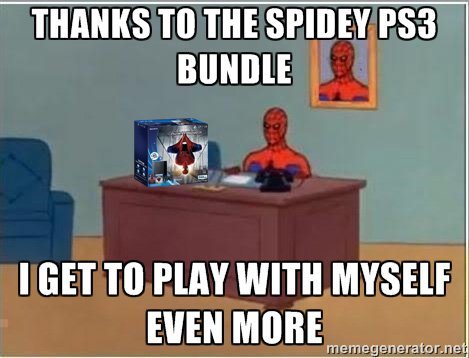