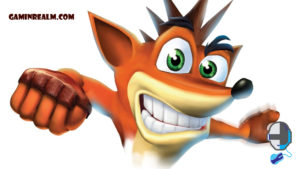 Since E3 of 2015, Sony has gone on to show us Easter eggs of what looks to be the next gen Crash Bandicoot but has since then failed to give us any intel on what to expect. Fast forward to May 2016 and they have still managed to say nothing. According to a source over at the Its high time that Sony spill the beans on the next gen Crash Bandicoot. But according to an interview conducted with the OPM UK with Jim Ryan, the SCEE President of PlayStation UK; has stated they are “certainly aware” of the situation with the buzz around Crash Bandicoot and whats in store for the franchise’s future.

With that said, they can’t confirm or deny any of the allegations for a reboot or new iteration in the franchise. What do you guys & gals think? Will Crash Bandicoot have a future?