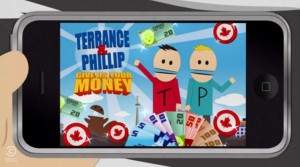 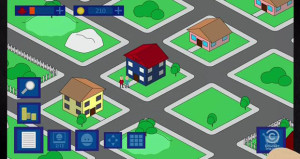 The episode focuses around a new mobile game called, Terrance & Phillip: Give us Your Money, based on the popular Terrance & Phillip show in the South Park universe. The game simply has the player touch coins to collect them so they can rebuild Canada by adding hospitals, stadiums, etc. That’s all the game is: spend coins and make buildings. if the player wanted more coins, they had to spend real life money. This is where one of the main characters, Stan, becomes addicted to the game and the way South Park explains the business model of freemium games is absolutely fantastic.

“Hey we know the game’s not great, but who cares? It’s free!”

The “Minister of Mobile Gaming” and the prince of Canada then go on to detail how freemium games work. 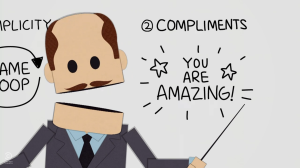 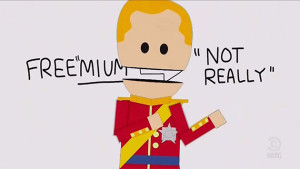 For years, the concept behind gaming was simple: you pay for the game and you enjoy. With mobile apps, we now have the ability to make games that are boring and stupid. But, if you pay for incentives, you’re rewarded!

It’s what everyone is doing. Freemium gaming is what’s now, and it’s all just a lot of harmless fun!

So in conclusion, the successful freemium game is based on five principals: Entice the player with a simple game loop, use lots of flashing, cha-chings, and compliments to make the player feel good about themselves, train the players to spend their fake currency,offer players a way to spend real currency for your fake currency (so they’ll forget they’re spending money), and make the game about waiting, but the let the player pay not to wait. It’s a sure-fire way to make lots of money!

It has to be just barely fun. If the game was too fun then there would be no reason to micro pay in order to make it more fun.

I’ve always loved the way South Park tackles issues and it makes me happy to see them talking about the gaming industry. I won’t spoil it, but a lot of other hilarious moments take place in this episode. If you’re a gamer and love satire, you should definitely check this episode out. You can watch it for free on the official South Park website here. Obviously be wary of explicit content.

What did you think of this South Park episode? Did it hit home for you like it did for me?