With the latest news that Splinter Cell Blacklist for the Wii U will not be offering the offline co-op feature that will be seen in the other versions, many Nintendo gamers have raised their torches and pitchforks against Ubisoft. To some, the company is now the latest addition to the “lazy developer” hit list. Ubisoft’s supposedly a careless developer that no longer cares for the Wii U and is intentionally attempting to “half-ass” their port for the system.

But I’m here to tell you that all of this aggression is severely misplaced.

Let’s step back to the launch of the Wii U, shall we? Which 3rd-party company had an exclusive for the system that was the main selling point outside of New Super Mario Bros. U and actually showed off what the gamepad could do? What was the name of the company that offered an app on Wii U that enabled gamers to earn points through achievements and redeem extra content for games? Who brought us a great port of Assassin’s Creed III that was pretty much on-par with the other versions?

Now, who is one of the main companies defending the Wii U and not giving up on it? Which company is bringing their two highest-profile games this Fall (Watch_Dogs and Assassin’s Creed IV) to the system? Who has stuck with the Wii U through thick-and-thin? 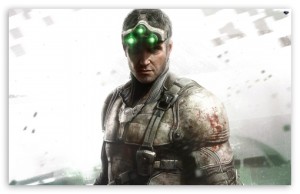 How easily we have bitten the hands that feed us. Ubisoft has been treating Nintendo, the Wii U, and it’s fans with respect this whole time, posting up very strong support for the system. But now that one feature is missing in Splinter Cell Blacklist Wii U due to time constraints, they’re a lazy developer? Let’s ignore all the effort Ubisoft has made on the platform, right?

More importantly, Ubisoft’s reasoning for excluding the offline co-op is genuine and makes complete sense. Porting a game to lots of different platforms stretches out developers’ time and resources. It’d only make sense for them to prioritize the development of the other versions that will be selling to bigger user-bases. And like Ubisoft stated themselves in the interview with NintendoLife, they want to make sure that Wii U owners get the game the same day as the other systems. Delaying the game on Wii U would have cut into the sales even more severely than the lack of offline co-op is already. It’s a smart move.

And I know many of you may bring up the Rayman Legends situation in order to prove that Ubisoft has some kind of animosity toward the console. But at least that game is still actually coming to the system and will actually still be the definitive version on Wii U due to it’s visuals and exclusive content. Yes the game saw a major delay, but it’s still here, it’s still coming, and it’s still going to be great.

So remind me again how Ubisoft is this lazy company that is giving the Wii U the shaft? Remember, the game will still have every other feature the other versions have as well as the DLC, not to mention the gamepad features, so it’s still a great port in the end.  Some Nintendo fans are simply so quick to get defensive that their judgment tends to be short-sighted. The bottom line is Ubisoft has been literally the non-indie supporter of the Wii U, and that’s a fact. So despite Splinter Cell on Wii U not having it’s offline co-op feature, Ubisoft totally gets a pass in my book and the way they have been treated recently is nothing short of disrespectful and undeserved.

12 thoughts on “Splinter Cell Blacklist Wii U: Why You Can’t Blame Ubisoft”