During E3 this past June, Nintendo officially confirmed a new Star Fox title coming to Wii U, with the game being teased by Shigeru Miyamoto at the end of their digital event. Now, in a new line up of upcoming Wii U games, Star Fox made it to the list for 2015. 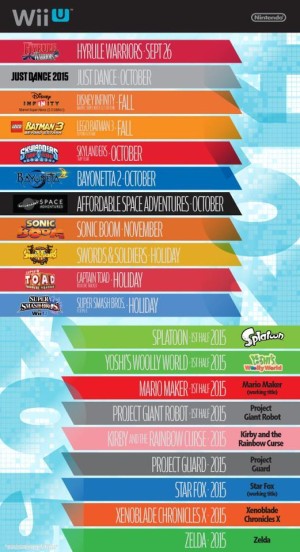 No official title for this long-awaited game has been given yet, but Miyamoto stated they are working very hard to get it out as soon as possible, even mentioning bringing an outside development team on board to get the game out faster.

The game will utilize the gamepad to give the player a cockpit view, while the television will have a more classic Star Fox style view. Not much else is known about this game, but more information will surely be given by next E3.

One thought on “Star Fox Wii U Confirmed for 2015 Release”