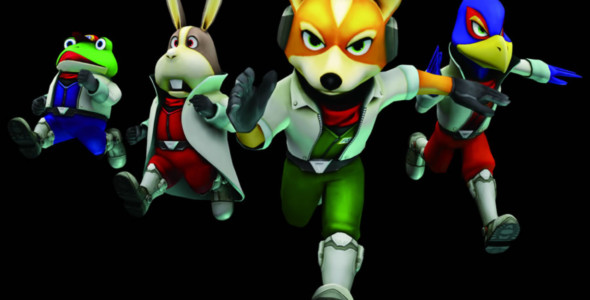 As it was stated during E3, Shigeru Miyamoto is currently working on a brand new Star Fox title for Wii U. In this long awaited sequel, there will be an optional co-op mode in which one player will fly the Arwing, and one will shoot from it.

The game will also emphasize the use of the gamepad, and Miyamoto stated that the most important feature is the gyro sensor within it. The television screen will have a third person view, and the gamepad will have a first person view from the cockpit.

In a recent meeting with Kotaku and other reporters, Miyamoto explained:

“To me, what’s most important is probably the gyro sensor in the GamePad,” he said. “It’s a little bit hard to understand, but when you’re looking in that third-person view, you can see what’s happening straight ahead of you, but when you have the cockpit view, you actually have to look over and see what’s to either side.”

“The third-person view of the entire area, what it does, it gives you a broader view of what is happening around you, certainly more than you can see when you’re in that cockpit view. And so as we get deeper into the missions of the game, we’ll be able to use that to give people reasons to take advantage of that. So, for example, if they’re in a course or a level they may need to figure out where the exit is, so they’ll have to be flying around, looking up and around to find that.”

“We’re still developing the game… but one thing we always like to try to do is have some sort of way for people to play together, and the thing about these types of space shooter games is that they’re fairly easy to get into but they can look somewhat intimidating and complicated, so this time what we’re doing is we actually have a mode—we just didn’t show it—we’ve designed it so there’s the ability for cooperative play where one player is able to pilot the ship and the other player is able to use the GamePad and be the gunner. So they can just aim and shoot. They don’t have to worry about flying.”

It will most likely be a while before we get more in depth info on the game. I’m a bit skeptical about the use of the gyro sensor, but Miyamoto said himself that it will take a while to get used to. Hopefully, he doesn’t pull a Super Mario 3D World and not include online because I think a lot could be done with it. Regardless, I’m very excited we’re finally getting a new Star Fox game. It’s long overdue.