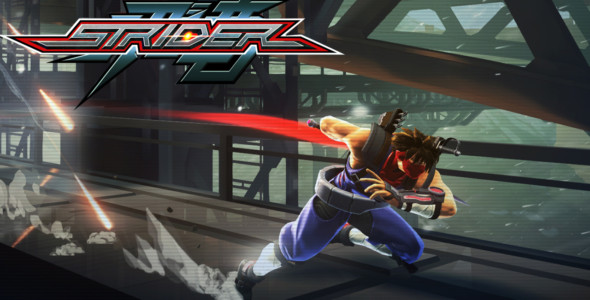 Capcom-Unity  recently hosted a livestream of Strider HD- a game that is being co-developed with Double Helix that made the recent Killer Instinct game on Xbox One. The video recording below shows a weapons research area from the game and ends with a battle  against the Mecha Pon boss all of which are featured in the livestream.

Capcom has estimated that Strider HD will take 7-8 hours for players to finish the game, assuming you aren’t screwing around with sub-quests. The game is set to be a part of the coveted legendary “Metroidvania” genre in which its set in one large, interconnected map and you can go to areas with new weapons and abilities you couldn’t reach before.

Here are some notes taken by the cool cats at Siliconera.com