I recently had the privilege of playing the newly announced Strider game at the New York Comic Con. Just to let you know, this is my first ever written impression of an unreleased game. So I’m under the impression that the way to do this, is to explain what I went through in the game and my thought process of it all.

I played the demo that everyone has played: Strider glides in a frozen military facility full of armed soldiers and robots. Strider controls fast and fluid and never slippery and out of control like modern Sonic games. Moving him left and right is incredibly responsive no matter how softly I nudge the control stick. So, we were in business but, then came the difficulty. I remember reading an interview from the game’s publisher Double Helix saying that Strider is supposedly supposed to play a lot like the Strider from Marvel vs. Capcom. But Double Helix seems to be under the impression that Strider was a tank character. He wasn’t. For an assassin who relies heavily on his agility I often wondered why he can’t dodge attacks. From the beginning, there was a red flag that set of my critic alarm. It was seeing that the enemies attack non-stop and it didn’t help lessen the onslaught seeing there is no dodge or block button in the game. For the first 5 minutes I was under the impression Strider was going to tank for the entire game. Meaning, that he’ll always take damage albeit light damages no matter who or what he fights. But that fear was quickly put to rest because of the Plasma ability. 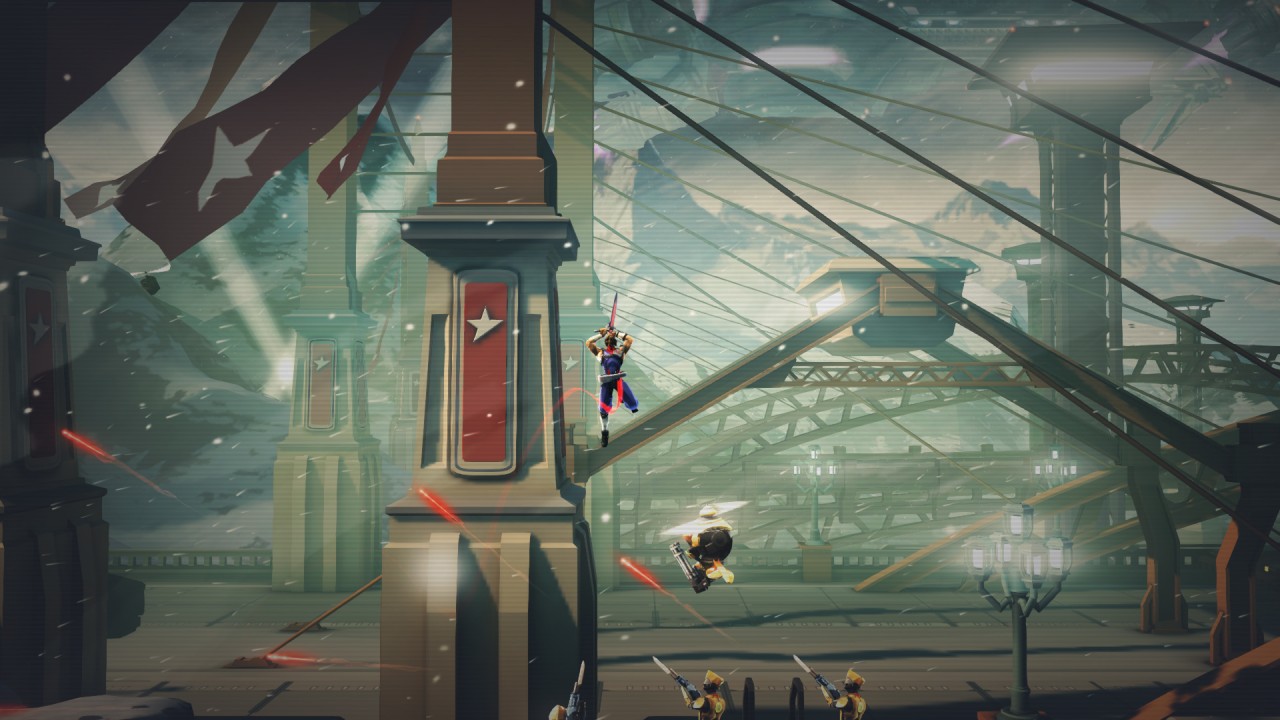 Strider has these things called “Plasma” they are special items and abilities and they are set on the D-Pad. I was frustrated because I thought that someone broke the controller I was playing on, I’ve pressed the hell out of the D-Pad but nothing happened. 10 retries later, I gave up on it later to find out that Strider has to find his “Plasma” abilities to get through locked doors , previously unreachable areas and the implementation of defense against the enemies à la Metroid and Castlevania or more like “Metroidvania” if you will. The purpose of these is to highly emphasize the unstoppable momentum of Strider Hiryu in the game because dodging and blocking would’ve put a dent in this fast paced action game…so I’ve been told. The first plasma I obtained was the ability to use my sword or “Cypher” if you want to be a jerk about it, to block and reflect bullets. I was apparently supposed to play this with an Anime logic mindset all the way though it doesn’t 100% of the time.

Combat is balls to the wall awesome and is easily the best part of the game. Strider slashes through everyone in one hit and you can even blitzkrieg enemies while you continuously mash the attack button and they won’t stop you in your track because as I stated before Strider plays like a tank. You can use charge attacks and slide attacks because Strider can slash in all the right places and it’s all so cathartic and satisfying that you will be disappointed when everyone is dead because you want more and more enemies to fight. To make a reference to Marvel vs. Capcom again, I think Double Helix has never actually played these games instead they know that these games exist and they know a lot of people play Strider on it. So far, the only thing that is remotely close to the Marvel vs. Capcom feel of Strider is that Strider can do air combos, he can do them but he doesn’t I tried it on all the enemies and after the launcher, they all die in one hit. If they are putting an emphasis on Strider’s MvC roots, they could at least let me do like 10 hits and end it with the Izuna Otoshi a `la Ninja Gaiden.

There was an aura of frustration from my fellow Comic-Coners as people constantly dropped the game without finishing the demo. The major collective opinion of every person I talked to about this game was that it was vague through and through, No clear indication on where to go and how to get there. Also the “plasma” abilities were also vague. How was I supposed to know I was using it? There was little to no way to tell if I had it on or not. If it wasn’t for the fact that later in the demo I obtained a second one, I would’ve never have been able to tell. I hope that when the game comes out it will be a little clearer on certain gameplay elements and how to utilize them.

Double Helix, You guys got a good potential product on your hands. I’m not that guy who always makes publishers past transgressions color my impression of upcoming games they have. I’m not saying you shouldn’t take said sins into consideration. The game is pretty difficult but it’s one of those games where it’s also satisfying at the same time if you stick with it. You Know like Dark Souls.

Strider HD is low-budget 2D game meaning that it will be a downloadable title. Look for it in early 2014 for PlayStation Network on the PS3 and PS4, Xbox Live Arcade on the Xbox 360 and Xbox One and Steam for the PC. As it stands there is no planned WiiU version…so don’t ask me about it.