Last year at E3, Microsoft revealed their new exclusive title for the Xbox One, Sunset Overdrive. Sunset Overdrive is supposed to be releasing this year and is being developed by Insomniac games.

Today, we’ve been given a four minute long gameplay video along with details about the game being explained.

Sunset Overdrive is an open world third-person shooter and it takes place in the year 2027. A company by the name of “Fizzco” has made an energy drink called, “Over Charge Delirium XT”. After the release of this new drink, a mutant outbreak begins.

The gameplay looks incredible. The movement is reminiscent of the “Flowmotion” found in Kingdom Hearts 3D: Dream Drop Distance. In the video, it is mentioned that the key word for traversing through this world (no Kingdom Hearts pun intended), is “velocity” and it clearly shows. The player can run along walls, grind on power lines and railings, zip line on pipes, and more. They put emphasis on this different play style for the genre by saying, “It’s a hell of a lot more fun than cowering behind a crate.”

The characters seem very unique. There are a group of adventurers that follow Samurai culture, live action role players, and more to be announced. The enemies are much like the Clickers from The Last of Us, except a bit more cartoony and with more variety.

Don’t get me started on the weapons. They have what looks like a bowling ball gun, a gun that shoots vinyl records, the roman candle gun, and even the “T N Teddy”, that is an explosive weapon that shoots teddy bears strapped with dynamite. There are special abilities that you can add to your character as you play through the game called, “Amps”. Apparently, there are going to be over 50 Amps in the game! Some of the Amps include the “Twister” which allows you to throw tornados at enemies, an air dash, and “the Twist of Fate” which causes a nuclear explosion.

So with the combination of fluid movements through the city, shooting with an onslaught of creative weapons and special Amp abilities, this game looks like it could very well be a console mover for the Xbox One. It even takes the consistently used concept of a post-apocolyptic world full of zombie like creatures and gives it a fun, fast paced, and zany twist. I have yet to play the game, but it looks incredible. I’ve always loved Insomniac and this looks like it could be their best game to date. I wasn’t sure if I was going to buy an Xbox One, but if Microsoft is going to have exclusives like Sunset Overdrive this generation I think I might have to. I can’t wait until E3 to hear more.

In addition. They will be releasing a Day One Edition with exclusive content. 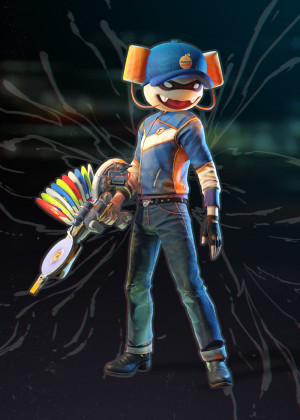 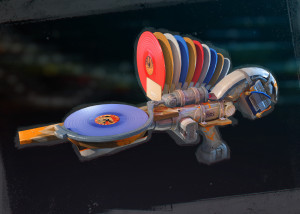 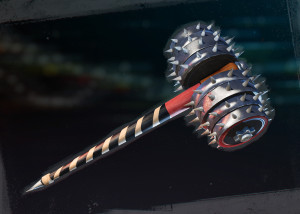