The hype is building even more for Smash fans today. Nintendo has revealed the details for the upcoming Super Smash Bros. for Wii U E3 invitational tournament set for June 10, 4:00-6:30 p.m. (PST).

First off, they finally announced the list of players that will be participating in the tournament. Those who follow competitive Smash will definitely recognize some of these people:

They also revealed the announcers to be Prog, Scar, and D1. Geoff Keighly will be hosting.

The playable characters will be:

Players may choose only one character to use. It will be interesting to see these competitive players to potentially use brand new characters for the first time, and see how well they work with the new mechanics.

Rounds 1-3 will have items on

And possibly the most exciting news to come from this announcement: 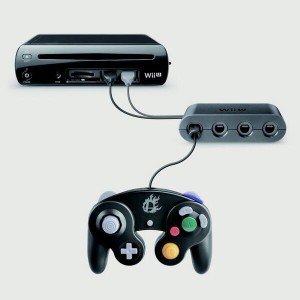 That’s right, we’ll be getting an official Gamecube controller adapter for Wii U. Now players have the option of using the Gamecube inspired fight pad being developed by PDP, or to play with the real thing. I wonder if they’ll release the Smash Bros controller shown above.

I really have to hand it to Nintendo. They really listened and paid close attention to the hardcore gamers this time. The fact that they actually picked competitive Smashers, and gave us two ways we can use a Gamecube controller, says a lot. As a Smash player, I’m very grateful and very excited. Hopefully, Nintendo keeps this up.

You can watch the full announcement video here