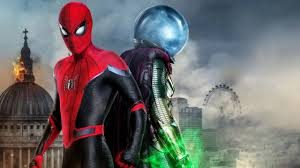 Our friendly neighborhood Spider-Man has done very well in his opening week debut for the sequel to homecoming called Spider-Man: Far From Home. Granted that Spidey is my favorite superhero, it should go without saying that I watched this movie the first night it arrived. There will be a collaborative review later but I wanted to give this movie’s accolades some time to shine. Spider-Man: Far From Home easily took home the number one in box office sales making $93.6 million , for the July 4th weekend carrying through to the 7th. The total amount almost surpassed the record that Transformers: Dark of the Moon made in 2011 with almost 98 million. (GameSpot)

For a Spider-Man movie to release on a Tuesday and have this much success only has one to question, how much it would have achieved if the movie was released on a Friday instead. Worldwide totals so far are around 580 million for Spider-Man: Far From Home. I’m not the one to lean on sales for whether or not I say if a movie is a must-see or wait for it to come to DVD/Netflix. It’s just nice to see my favorite superhero win in the box office again. If you have not yet seen this amazing movie, I highly suggest you go out and watch it on the big screen.

Have you already seen Spider-Man: Far From Home? If so, what do you think about it? Let us hear your thoughts.

Stay tuned to GaminRealm.com for more coverage on the biggest movies like Spider-Man: Far From Home.