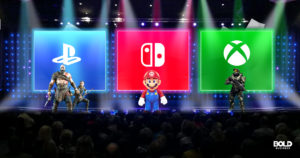 Imagine the price of all video game content goes up in price. Instead of 59.99 (plus state sales tax), you pay anywhere more than that for a standard edition game. There’s a proposal from within the U.S. Government and our favorite Trump Administration, that plans to place tariffs on merchandise being imported from China. Sony, Nintendo, and Microsoft all have joined their thoughts collectively on this issue and have written a letter to the U.S. Trade Representative Office indicating that if this course of action takes place, that consumers would suffer, jobs would begin to decline, and halt creative intellect from every angle. The Trump Administration’s tax proposal would among everything foreign goods, place a twenty-five percent tariff on Video Game Consoles.  (Kotaku)

According to the letter that the big three companies wrote, 96 percent of video game consoles imported by the U.S. are manufactured in China and that due to the custom hardware inside of them, they can’t easily be made elsewhere. “The video game console supply chain has developed in China over many years of investment by our companies and our partners,” the companies say. “It would cause significant supply chain disruption to shift sourcing entirely to the United States or a third country, and it would increase costs—even beyond the cost of the proposed tariffs—on products that are already manufactured under tight margin conditions.” (Kotaku)

I personally feel that this will obviously impact the consumer’s pockets tremendously, but more importantly askew the mindset of what games I feel necessary to purchase day one as opposed to wait for a price drop. (Even if that changes, that would also be terrible). I hope that someone speaks in Trump’s Administration and changes their mind on enforcing this policy, but knowing recent history, Trump will not budge until he gets his way.

What do you think will come from this? Let us know your thoughts about this topic.

Stay Tuned to GaminRealm.com for more updates on the Console Tariffs.