This year has been full of amazing games so far, whether it be Legend of Zelda or Horizon Zero Dawn, there have definitely been some amazing titles that have released in 2017, which is why today we are counting down the top 5 games of 2017 so far. 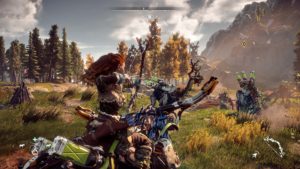 Horizon Zero Dawn was one of the best games of the year, considering people already hyped for this games release. Originally revealed at E3 2016, a lot of people were excited for this game’s release, including me.  The game takes place around one thousand years in the future, in a world where humans have gone back to primitive tribal groups and societies as a result of some unknown event. Their technologically advanced precursor are roughly remembered as the “Old Ones.” Large robotic creatures are known only as “machines” now control the Earth. You play as Aloy, a woman who is curious, strong, and determined to protect her tribe. She is dedicated to finding out what actually happened to humanities technology.

When I played this game, I thought it was exceptional and very well done. The Gameplay of Horizon: Zero Dawn was amazing and it felt very similar to The Elder Scrolls: Skyrim and other RPG’salike. Guerilla Games used Decima as their game engine to build this game, which is one of the reasons why this game looks so amazing. The soundtrack and sound engineering that went into this game was Excellent, which just added more messiness as well. This game did have a good overall storyline which is one of the many reasons why this game made our list. 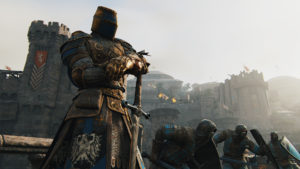 This game definatly had potential to be one of the best multiplayer games that ubisoft has put out there, and as a matter of fact, it did become one of the best multiplayer games the Ubisoft hasever published. This game created a community and became one of the more popular games of 2017. The Game takes place in the medevil era, in which samuari’s, knights, and vikings fought for land across the world. Unlike any other multiplayer game, this game does not have any guns and focuses on Infantry combat with Swords, Hammers, and much more hand weapons. The game gives you the option of playing the playing in a Duel, which is basically a 1v1, Brawl gives you the option to fight along side a friend in 2v2, and Dominon is when you play along side 3 oher players in a 4v4. There is also Elimnation, which is also 4v4 match but is different than Dominion. When you die in a round you are out for the round but will respawn the next round. It is a very intense expierence. This game also has a stroy mode for each faction(Samurai, Knights, and Vikings) in which you can play as. The campaign really does give the player some prespective from all three sides of the fight, which is also what makes this game so good. The Graphics in this game are fantastic which makes the game an even more excellent expierience. Sound Editing was also fantastic making the expierence better than it already was. 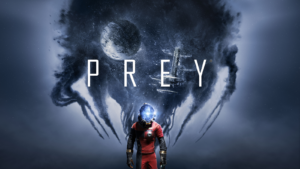 Prey is a true masterpiece when it comes rebooting a game, a horror game nonetheless. Prey takes place in 2032 as you play as Morgan Yu, the brother of Alex Yu, who recruited Morgan into joining TriStar, an organization focused on exploration across the solar system. He is invited to join Alex’s Research Team on the Talos I, a space shuttle, and while he is there, he takes a series of tests before being sent to the space shuttle. During the test, one of the doctors that were supervising him was attacked by a Typhon, an alien race, which caused Morgan to lose consciousness. Morgan wakes up in his apartment to find out that it was a simulation, It is actually 2035 and he has already been living on Talos I for three years but never knew about it. Then the game throws you into horror experience that no one should ever forget. This game delivers on its promise to revive the horror genre, with the inclusion of scary jumpscares, amazing visuals, and awesome sound design.

Injustice 2 is one of the best fighting games that we have seen in a while. The game is a sequel to the 2013 fighting game Injustice: Gods Among Us after The Joker had destroyed the city of Metropolis (spoiler alert). Superman is still full of anger from that day and still will not stop to abolish evil for good. The game opens up on the Planet of Krypton in which Superwoman or Kara Zor-El is trying to escape from the planet that antagonist Brainiac is invading she makes her way to her Mother to see that her cousin, Kal-El or Superman was in an escape pod, Next to the Kal’s escape pod was an extra escape pod, in which Kara is told to leave her mother behind and protect Superman on the planet that they would arrive to. Then, Kara’s mother is killed by Brainiac’s soldier’s and then Krypton is destroyed, leaving only Kal-El and Kara Zor-El as the only survivors. Then it transitions forward in time to which Batman breaks into Arkham Asylum to free Superman so Brainiac can be stopped from destroying Earth, which then leads into one of the greatest storylines in pop-culture. Injustice 2 has amazing gameplay as well, having some of the best combat moves in the genre, making the game feel smother. Injustice 2 makes our list and with good reason.

1. The Legend of Zelda: Breath of The Wild 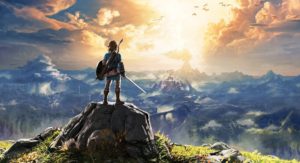 This game is a masterpiece. When this game was announced two years back, Nintendo fans like myself got really excited. When I played this game, it was an amazing experience. The game gave the land of Hyrule a makeover, with enhanced graphics, amazing gameplay, and memorable characters such Link (The Main Character), Ganon(The Villian), and Zelda(The Princess of Hyrule). The games art style is amazing with sort of a paint brush type graphic setting. The sounds are unique and new, and the level design is outstanding. Although those levels can be aggravating, you have to admit whoever made those levels, are pretty good at their job. There seems to be one thing in Breath of the Wild, and that is the new weapons system. The weapons system works like this, If you get a sword and you use it too much or it is not durable, it will break. It has caused players to have to go and grab or craft other weapons to be backup weapons for their swords which really sort of slows down the speed and feel of the game. Besides all of that, we will not be surprised if this game becomes Game of the Year.