According to the Nintendo UK store, there will be two major DLC packs for Mario Kart 8 hitting the shop.

The first pack will be released in November and will include 3 new characters: Tanooki Mario, Cat peach and Link! It will also have two brand new cups (eight courses), and four new vehicles, one of which has been confirmed to be the Blue Falcon from F-Zero. 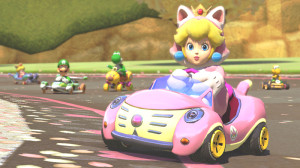 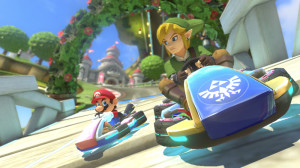 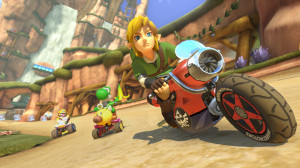 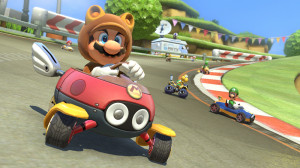 The second pack is set to release in May 2015 and will also include three new characters, a new cup, and four vehicles. The new characters are Villager, Isabelle, and Dry Bowser. 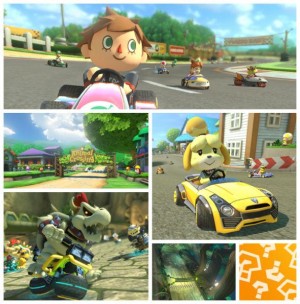 These four new cups will bring back old stages such as Wario’s Gold Mine from Mario Kart Wii, as well as introduce brand new ones like the Animal Crossing coarse seen above. In addition, if the player purchases both of these packs as a bundle or separately, they will receive eight different colored Yoshis and eight different colored Shy Guys free of charge.

This DLC is absolutely mind blowing! I can’t wait to see what else Nintendo has in store for us.