Ubisoft may have just got caught red-handed. Now before I get started I would just like to get the point across that I love Ubisoft. I think they’re one of the best western publishers and developers out there and I tend to enjoy most of their games. I have a deep respect for the people that work there as they all seem to have a genuine passion for gaming, and of course, as a Nintendo fan, I respect them for essentially being the biggest supporters of the Wii U despite the shunning that these other 3rd-parties have done. But something fishy is going on here, and I’m going to have to call Ubisoft out on it.

Speaking with Games Industry earlier this week,  CEO of Ubisoft  Yves Guillemot revealed that the Wii U-exclusive wasn’t even close to making a profit, which in turn means there are no plans for a sequel. He also explained that ZombiU’s supposed low-performance is also the reason why Rayman Legends got delayed and went multiplatform.

“We must find a way to ensure the creativity of those games could have a big enough audience. We hope it will take off. At the moment, we’ve said ‘let’s do through Christmas and see where we are from there.'”

Now I don’t mind developers and publishers not bringing certain games over to the Wii U if they have legitimate reasons. For instance, Avalanche Studios (the creators of Just Cause) stated that they’re not bringing any games to the Wii U [so far] because the install base isn’t to their liking. That makes perfect sense, and nobody can blame them for that. But with Ubisoft’s situation here, there’s holes in Guillemot’s reasoning.

How did ZombiU not make a profit? Guillemot even when as far as to say that the game didn’t come “remotely close” to turning them a profit, but how?

According to VGChartz, ZombiU has sold 470,000 units on the Wii U. Keep in mind that VGChartz’s numbers are usually behind and they also don’t track digital sales. So it’s safe to assume that this game has sold well over 500k units. And before people spout-off-at-the-mouth about how 500k sales is low, remember that the Wii U has only sold around 3.5 million units worldwide, so 500,000+ units out of 3.5 million is a very good attach ratio.

Now a lot of you might be scratching your heads at this, stating, “I don’t get it, 500k is too low for a lot of big-budget games these days to turn a profit.” But that’s point I’m making here; this game was low-budget.

Don’t take my word for it. The same man who is now claiming that ZombiU didn’t turn a profit is the same man who back in the Summer of 2012 stated that Wii U development doesn’t cost very much at all. “Out of seven games we are planning to launch five games are ports, so those are games for which there is a quite small reinvestment to do,” said Guillemot. Ubisoft indicated that Wii U ports cost about 1 million euros (a little over $1.2 million) (Games Industry).  For those who may no nothing about how much games cost to make, just know that 1 million dollars to port or make a game is dirt cheap.

Connecting two dots together, remember what ZombiU was before it was ZombiU? Killer Freaks From Outer Space. And Ubisoft stated themselves that originally this game was in development for 360 and PS3 before they decided to port it over to the Wii U. Now, yes, it isn’t a simple port like other games that were finished on the 360 and PS3 and then were ported over to Wii U, so it did have a lot more development time on the Wii U than it did the other systems. But still, it was not a game that was built ground-up for the system.

Not only that, but despite this game not being a traditional port, Yves Guillemot still insisted on saying that ZombiU is a low-budget game compared to other AAA Ubisoft titles. “The two games that are original are ZombiU and Rayman Legends, so those ones of course are more expensive but we are not talking about games today, like we were spending on Ghost Recon or Assassin’s Creed. So they are much smaller of cost”, stated Guillmot in that same Summer 2012 interview. “Because as we’ve always said when there is such an innovation the need is not to have big production value but to concentrate on the innovation This is what we are trying on Rayman and ZombiU.”

So the game was admitted by Ubisoft to be a low-budget game. And you can tell. The graphics, while ok, were nothing special. In-matter of fact, Florent Sacré, co-creative director on ZombiU, stated himself that the team did not focus on the graphics and visuals of ZombiU, but rather creativity. And as we all know, an online mode was considered, but not implemented into the game. There was also pretty-much only three voice-actors in the entire game, so it’s not like they had to pay much for that either.

So average graphics, minimal voice work, no online component that could’ve taken up time and resources, and the game wasn’t even built ground-up for the Wii U. This leaves one, very important question: How in the world did this game not turn a profit? 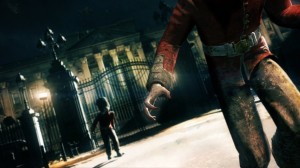 To re-iterate, this game has sold well over 500,000 units. Taking all of the facts I’ve listed here into consideration, how could a game such as ZombiU not turn a profit by selling half-a-million copies? That simply makes no sense, no if’s, and’s, or but’s about it. And not to mention, this is a very niche genre game. It’s survival-horror, they don’t sell as much as platofrmers or shooters or racers. These kinds of games don’t appeal to everyone. So just how much did you expect this game to sell Ubisoft? It was a brand new system coming out, you had a decent niche survival game, and you expected it to somehow sell 2 million units? Things just don’t add up here.

So it seems to me that Ubisoft may be trying to cop-out here from making a ZombiU sequel, and also falsely using this title as justification for delaying Rayman Legends and turning it multi-platform as well. As I said with Avalanche Studios, if developers have legit reasons to not bring a game or games to the Wii U, I’m A-OK with that. But Yves Guillemot’s reasoning simply doesn’t add up, and undoubtedly is full of holes. Just say “We don’t want to make the game” or “We want to focus our resources on other games” and call it a day. But don’t sit here and fabricate stories that can easily be seen-through by your average every-day gamer.

Now yes, I don’t know exactly how much money was spent on this game. And yes, I was not on the development team. I could be completely and utterly wrong and Ubisoft could come out and confirm their budget and completely destroy this article. I realize there’s not way for me to actually determine just how much this game costs to make. And if Ubisoft were to somehow catch wind of this article and correct, I will humbly apologize, admit I was wrong and hasty to judgment, and take this article down. But I’m just going off the facts here that Ubisoft have laid out themselves.

33 thoughts on “Ubisoft is Lying About ZombiU’s Performance”