Competitive gaming is a somewhat touchy subject, not as touch as piracy or franchise stagnation but it’s a subject that isn’t welcomed with the openness of arms. People often laugh at the idea of profiting from your hours of dedicated playtime. And I agree with them. I mean why should a select few of us pursue a career in doing what we love for a living. Pro Gamers? lol what a bunch of losers. I mean, we should be properly utilizing our time to argue on the internet about console specs and sales figures between the PS4/ Xbox One that’s the real way to do it! 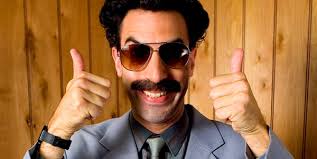 For those who don’t know among League of Legends, Halo, Call of Duty, Fighting games etc. Pokémon is also played in a competitive setting especially now that the Pokémon Video Game and Trading Card Game Winter Regional Championships are finally upon us, and they’re strictly X & Y. What this means is that according to the official rules players cannot use Pokémon obtained outside of the Pokémon found in Pokémon X and Y that also means, no friends safari, no Pokémon Black/White. It’s free and all you need to do is show up at one of these locations in your area.

Winners will walk away with booster packs, trophies, and traveling stipends, which I don’t actually understand and are probably better explained on the official website.

2 thoughts on “Whose Rules? Pokemon X and Y’s Rules In Offical Pokemon Tournaments”