Turtle Beach has partnered with Microsoft to design a totally new line of gaming headsets for the Xbox One. For those who haven’t found out more terrible news concerning the Xbox One, the Xbox One controllers feature a new audio jack that will not work with any current gaming headsets. An adapter will be connected to the Xbox One controller for the new headsets to work, these of course are being licensed by Microsoft, so we do not know at this time if third party manufactures such as Astro Gaming or other gaming headset brands will be able to make these adapters. So any gamer interested in buying good quality headsets to enhance their gaming experience will need to buy the new model lines of headsets, and it will come with a bigger price, no more $60 dollar headsets, nope!

This past Monday, Turtle Beach showed off their new Ear Force XO Seven and Four, both are wired, one is more premium for the hardcore gamer and other for the more casual gamer. Ear Force XO seven will cost $150 dollars. With Seven, you will be able to change out customized speaker plates and a breakaway mobile cable with an in-line mic for taking phone calls while playing, pretty cool, I’m not sure I’d pay $150 for that though sir. Ear Force XO Four features a detachable mic and similar mobile features as Seven for $100 dollars.

Turtle Beach also announced their custom line headsets for Call of Duty: Ghosts and Marvel comics. COD will have three different headsets of choosing, code named, the Phantom, the Shadow, and the Spectre. All three will have the same features, just different designs. Marvel’s headset allows for swappable speaker plates for different Marvel character faces, to show off your favorite super hero! The prices for both COD and Marvel’s headset(s) have not been released and there has been no confirmed release date, but I’m sure they will be available by the end of the year. 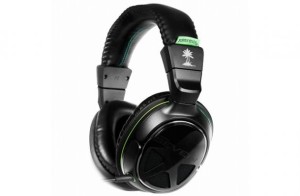 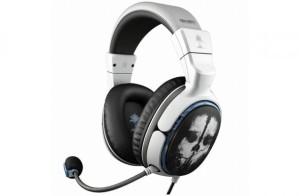