If you’ve been following the articles I do here for a while now, you would know that I’ve had huge expectations of Microsoft with the Xbox One. I even wrote an article stating that the Xbox One will absolutely dominate the sales chart when it releases due to it’s multi-media centric nature and how it would be marketed to the masses. 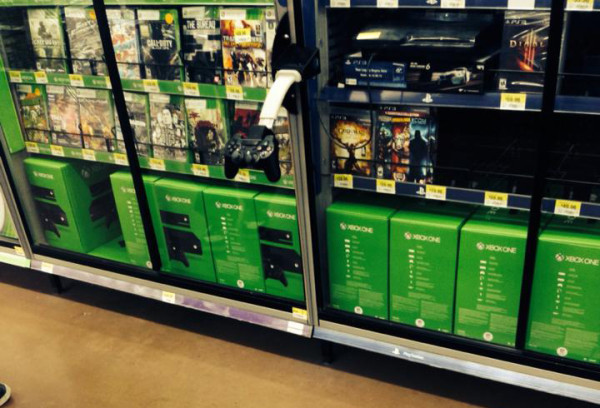 With the PS4 and Xbox now released, the next generation is officially underway. Both systems were met with great reception, with both of them selling over 1 million units within their first week. One of these systems though, appears to be slowly losing steam while the other manages to retain a good amount of momentum. One of these systems is being blatantly out-performed, and can be found abundantly on store shelves around the country.

Apparently, I was dead wrong about the Xbox One.

While the system isn’t selling terribly by any means, it’s still clearly being out-performed by the PS4, lagging behind it’s rival by a full 1 million unit deficit. Even the Wii U has reportedly managed to outsell the system last week, according to VGChartz. Despite even having a Fifa bundle in Europe, the PS4 still managed to top it’s EU sales.

But the main point I want to make in this article though (for those who may not know yet), is that the Xbox One is abundant on store shelves, and some retailers are actually struggling to sell the system. What exactly is the reason behind all of this, though? Is it simply because of the $500 price tag? Or is it because of all of the negative stigma surrounding the system? 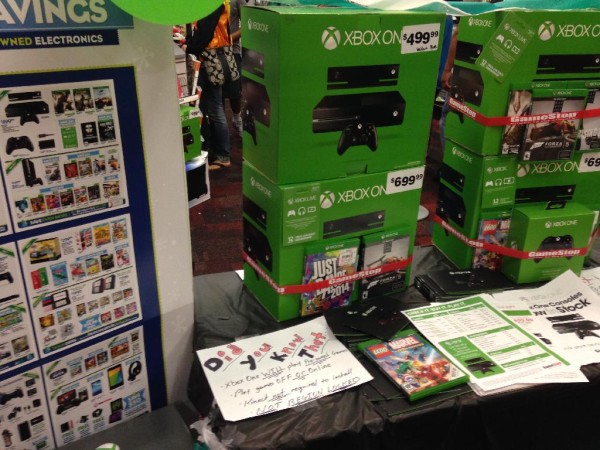 The two probable reasons listed are definitely contributing factors, but the Xbox One’s misfortune is most likely is caused by the direct competition with the PS4. For example, the $500 price tag is pretty hefty, but it’s especially bad when you have a $100 cheaper alternative sitting right next to it, and then another system that you can buy for just $250-$300. It’s gotten so bad that GameStop has to to use special presentation tactics in order to move some stock off of store shelves.

Many Xbox fans would argue that Microsoft is simply keeping the system well-stocked, which would’ve been a legitimate argument to make if it doesn’t have such a huge deficit compared to the PS4. And if it was just a matter of having enough units, then tactics such as the one you see to the right would simply not exist. Even the Wii U managed to sell out during it’s launch, and the system even sold out this holiday season as well. There’s been reports all around the country (and online) of gamers walking into Best Buy, Walmart, Target, GameStop, etc, and seeing plenty of Xbox One’s an no Playstation 4’s or Wii U’s.

Don’t misunderstand this article as a typical doom-and-gloom piece – the Xbox One will be just fine and be a successful product, in my opinion. Compared to my expectations, which were much better but not crazy by any means, they system is simply underwhelming with its sales performance. Microsoft should have definitely considered doing a $400 Kinect-less bundle to combat its main rival, the PS4, but they didn’t and now it seems that their stubborn decision is starting to bite them in the you-know-what.

Is the Xbox One performing better or worse than you expected? Let us know what you think down below. 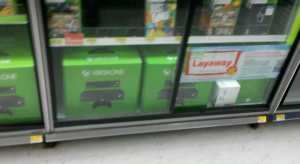 20 thoughts on “Xbox One: Not Selling as Well as it Should?”