Nintendo held a special Xenoblade Chronicles X Direct today and we got to learn so new information on the game. For starters, the game will be releasing in Japan on April 29; that really isn’t too far off. We still haven’t received a North American release date, but I imagine that the information will be coming soon.

Along with the release date, we have learned that X will feature 4 player online Cooperative play, as well as a 32 player indirect trading system. There is no word on voice chat but I would go ahead and assume that it will not be present in this game either. Though there is USB keyboard support, so maybe voice chat will be an option as well.

Xenoblade Chronicles X will have a bundle in Japan: 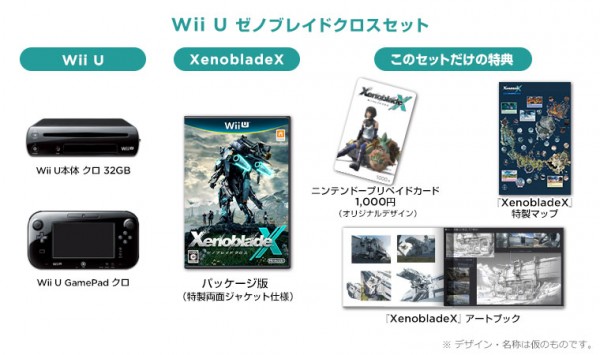 The Wii U bundle will include a copy of Xenoblade Chronicles X, a 1,000 yen Nintendo pre-paid card, a map of the game, and an art book.

Here is a look at the new gameplay shown off for the game:

Overall I think the game is looking really good, in terms of gameplay, online features, and graphics. I am looking forward to playing this game.